A Sephardic Soul and the Mikveh 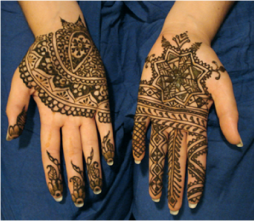 Even though my family emigrated from Eastern Europe in the early 20th century, my father always said he felt that his soul was part Sephardic.  The music, the food, and the customs that evolved in the many countries Sephardim lived in were alluring to me, too.  I was so captivated that I decided to write my master’s thesis and do my cantorial senior recital on Sephardic wedding music.

Though I don’t speak Ladino or any of its dialects, I did study translations of and pronunciations for the songs I studied and performed.  I also worked with Sephardic music experts, including the legendary Flory Jagoda of “Ocho Kandelikas” fame, to internalize what I was singing and to learn the authentic musical styles.  Staccato notes punctuated my learning as I imitated little trills, expressive yips, and ululations (high-pitched howls of glee made by a rapid back and forth movements of the tongue and uvula — really fun, you should try it!  Here’s is an example of ululation.

What struck me about the Sephardic wedding rituals was the joyous sisterhood that propelled the preparations and ceremonies, and I found the mikveh rituals particularly intriguing.  In Sephardic cultures mikveh was, and in many cases still is, more than just the first monthly (niddah) immersion, but also a way for women to bond with each other and to support the bride.

In some Sephardic communities, the groom gives his fiancée a package of bathroom accessories for el baño de novia, the bride’s “bath.”  In return, the bride gives her intended a bogo de novio, a bridegroom bundle, including shaving accessories and other gifts.  The baño de novia, attended by female family members and friends, might also include (particularly in Middle Eastern communities) painting elaborate designs on the bride’s hands and feet with henna. In some groups, it is considered an honor to brush the bride’s hair or to pass on beautiful, embellished items like embroidered towels as well as inlaid clogs for the bride to wear after she emerges from the mikveh. 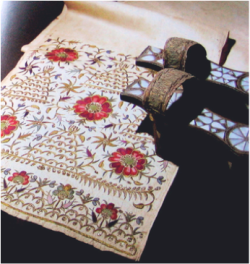 Some brides go to a river to immerse.  Here female friends and family prepare a path of flower petals for the bride, and then stand on the riverbank reciting poems and blessings.  Other brides use a traditional mikveh pool.  Many groups throw sugar cubes into the mikveh water before the bride immerses and put marzipan cakes into the mouths of the unmarried girls.  After the baño, the women enjoy a lavish feast of sweets, and then sing and dance in the mikveh’s foyer or on shores of the river.

Many of the mikveh songs laud the bride’s beauty and feature references to natural bodies of water — rivers, lakes, seas.  These songs are often poetic, usually sensual, and sometimes ironic.

Here is one of the many examples of a Sephardic mikveh song, Y fuérame a Bañar performed by Flora Benamol:

I went to bathe at the river’s edge

I went to bathe at the river’s edge

There I met, mother, my handsome friend

He embraced me at once, I embraced him five times

What is the cream that you use secretly?

Is it white enamel or gold dust

You will look so well

These songs have had an important place in Sephardic tradition and have been passed down through the generations for centuries.  They are touchstones for Sephardim, some of whom still live in Greece, Bosnia, and Italy, some of whom now live in other countries, including the United States and Canada.

I always marvel at the diversity of Jewish music and customs we Jews have inherited since we were flung into the Diaspora. The beautiful thing is that we can learn about these cultural gems and make them part of our lives, whether we are Sephardic or not.

Rachel Stock Spilker is a cantor at Mount Zion Temple  in St. Paul, Minnesota. She and her family are in Boston for six months for a sabbatical.  Cantor Spilker has long admired the work of Mayyim Hayyim and is honored to be serving as a scholar-in-residence through the end of June.